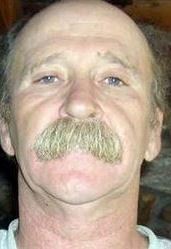 MILTON - A Milton selectman slammed his Lebanon counterparts on Monday for "dragging their feet" in taking over care and maintenance of the Prospect Hill Cemetery in West Lebanon.

For many years Milton Public Works have cared for the cemetery, but recently Chairman of the Cemetery Trustees John Katwick said he had stopped allowing town crews to cross the bridge to work in Lebanon due to liability concerns.

Since that time an independent contractor has been hired to mow the cemetery, which is located on Prospect Hill Road less than a quarter mile from the Milton line.

Katwick has also been working behind the scenes to facilitate Lebanon's takeover of the graveyard.

As Katwick prepared to leave the selectmen's table after a discussion about the Milton Mills cemetery, Milton Selectman Mike Beaulieu said, "So John, I know you're ... I guess we all are ... you even more frustrated with the Prospect Hill project going on there."

Without naming names, Beaulieu continued, "I know they've been dragging their feet, and they continue to drag their feet."

"Yeah, somewhat yes," Katwick replied, "but it's all to do with the legal thing."

"Unforutanely they had to release their lawyer and it went on from there and they don't have the same Board of Selectmen," Katwick then explained to Beaulieu. "I mean the three that we went to the meeting with, all of us, I don't think there are any of them still standing over there, Maybe one."

"Yeah, one," said Beaulieu, who also serves as the full-time code enforcement officer for Lebanon.

Katwick ended the conversation by saying Milton was getting closes to closure on Lebanon taking the cemetery over.