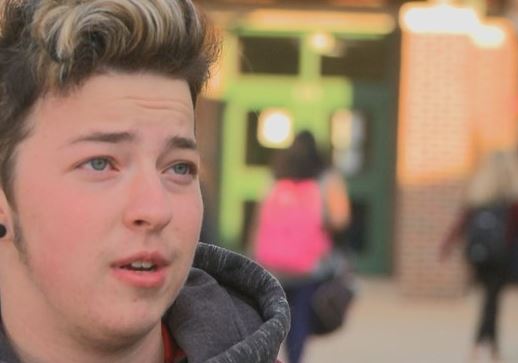 LEBANON, Maine - In a story that has quickly gone viral and played on most national news platforms in the past 12 hours, a transgender teen from Lebanon has been named homecoming king at Noble High less than a month after switching from a faith-based Somersworth, N.H., school.

Stiles Zuschlag, who formerly attended the Tri-City Christian Academy, told WCSH TV in Portland "my heart kind of dropped" when he heard the announcement.

Zuschlag, who came out as a transgender male two years ago, made the switch to Noble after he said he was asked to leave Tri-City Christian because of his gender identity.

The naming of Zuschlag as Homecoming King quickly went viral on Saturday with ABC News, Fox, the Boston Globe and Associated Press all picking up the story.