LED bulb installation at railroad crossings will save money, maybe even lives 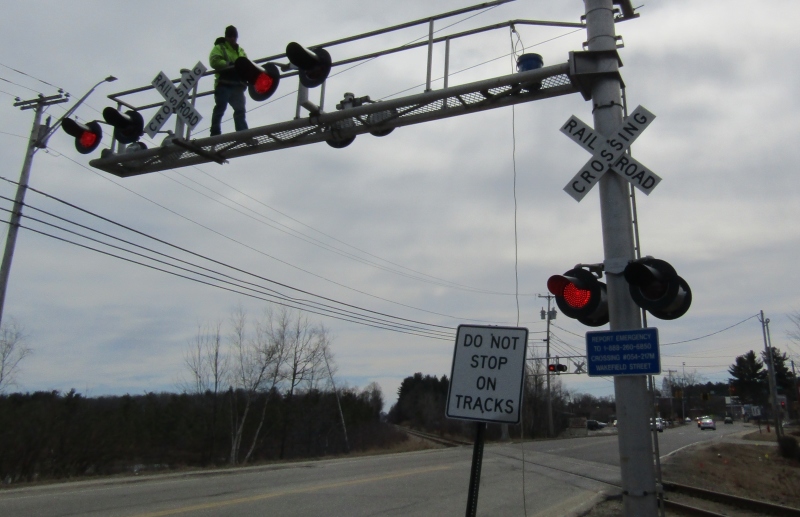 ROCHESTER - Motorists crossing the New Hampshire Northcoast railroad tracks on Route 125 near the Lilac Mall today will notice a rail crew working atop the cantilevers replacing the bulbs that light up when a train rumbles through twice each weekday.

The crew, out of Pratt Railway Services of Westboro, Mass., was on hand Sunday replacing the 12 standard bulbs with 12 LED bulbs on the northern side of the crossing, and they'll return today to do the same on the southern side, said Pratt Railways signal maintainer Rick Morris.

Morris said the standard bulbs used for decades would last four or five years, while their new LED counterparts will last for 20, and they're much brighter, he said.

Morris said he and partner Terry Maschino are working their way north along the line as they install the replacements.

New Hampshire Northcoast Railway owns about 43 miles of track between Dover and Ossipee on which it transports sand and other aggregate freight between Ossipee and Boston.

From Dover it continues its run on Pan Am tracks.

Another thing motorists will notice is that these LED bulbs are significantly brighter than the olds one, making for a safer railroad crossing, too.