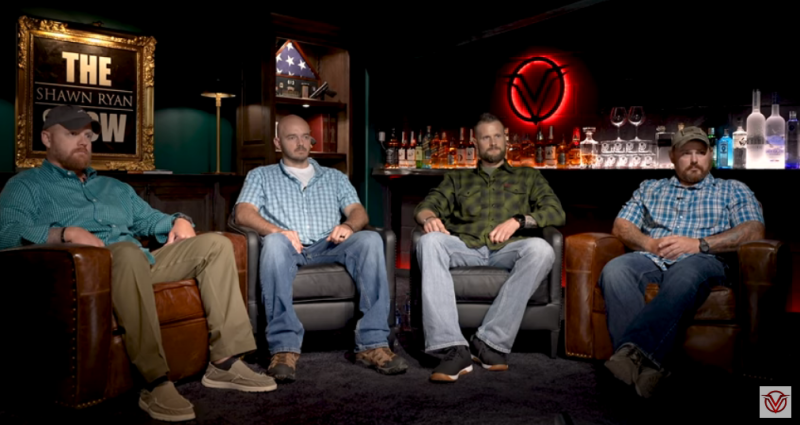 After almost 14 years of listening to lazy mainstream media, corrupt prosecutors and compromised witnesses "tell us" what happened in Baghdad's Nisour Square on Sept. 14, 2007, we can now listen unfiltered to what really happened from the four American heroes who wrongfully spent more than six years in federal prison for a war crime they did not commit, that was really just another firefight where they were - excuse me - just trying to stay alive.

On Thursday Evan Liberty, who grew up in Rochester and graduated from Spaulding High; along with Blackwater Raven 23 comrades Dustin Heard, Nicholas Slatten and Paul Slough were interviewed on the Shawn Ryan Show by former Navy Seal and CIA contractor Shawn Ryan.

The program is almost six hours long, but it is separated into several different sections, which you can identify by cursoring over the timeline at the bottom of the screen. The sections include introductions, Blackwater training, day to day operations, the Sept. 16 Nisour Square incident, itself, which is especially riveting; the investigation and initial indictments, a segment with Raven 23 podcast Presumption of Guilt journalist Gina Keating, the trial and sentencing, a thank you to President Trump who pardoned them on Dec. 22, and a surprise visit by wrongly accused and then vindicated Navy Seal Eddie Gallagher, who has set up a link on his nonprofit pipefitterfoundation.org site where folks can donate to help pay off Raven 23's legal bills.

Ryan, who has extensive combat experience and whose company now trains law enforcement and private companies how to respond to terror threats, deftly guides the four highly decorated servicemen and former Blackwater security guards as they talk about the day in day out terrors of frequent engagements with Iraqi insurgents in the summer of 2007 and what happened that fateful day in a Baghdad traffic circle.

In their own words they recall how they entered the traffic circle and began taking fire almost immediately, how their vehicle was rendered inoperable by enemy fire and how they were towed from the circle as enemy fire toward them continued.

In their own words the four men talk about how one of their comrades flipped his story to save his own skin, how the prosecution picked and chose what evidence to supply their defense lawyers and how the Obama administration used them as political pawns to placate an Iraqi government that was threatening to kick American forces out of Iraq.

They also talk about the Iraqi police officer who led the investigation and supplied the FBI with evidence against them. He was later found to be an Iranian proxy who had disclosed American troop movements to Iraqi insurgents.

For all those lazy journalists at the Washington Post and New York Times, as well as nearly every New Hampshire newspaper who couldn't even produce a staff-written story when he was pardoned, here's a chance to hear them speak unfiltered. Especially, listen to what Evan has to say and please, let me know what you think. Does he sound believable? Do they all sound believable? I would love to hear your comments.

You can reach me at therochestervoice@aol.com