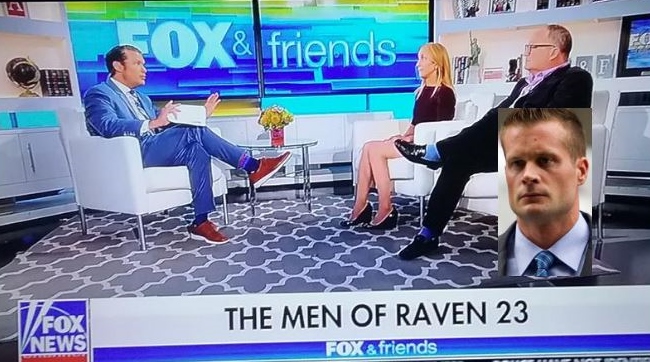 The resentencing of former Blackwater guard and Rochester native Evan Liberty and two of his former colleagues has been rescheduled at a federal court in Washington twice in the past week and is now set for next month.

Liberty, who grew up in Rochester and attended Spaulding High before joining the Marines, will be resentenced on Aug. 5 after a mandatory 30-year sentence for using automatic weaponry was tossed by an appellate tribunal two years ago as "cruel and unusual punishment."

While the appellate court vacated the sentence, Liberty, 37, has still remained imprisoned at a federal facility in Pennsylvania as he awaits his resentencing by the original judge who oversaw his 2014 trial and April 2015 sentencing.

During the 2014 trial, prosecutors accused Liberty and three other Blackwater guards from his Raven 23 unit of an unprovoked machine gun and grenade attack upon a crowded Nisour Square full of innocent civilians in which 14 were killed and many more wounded in 2007.

Defense lawyers countered that they were fired upon by insurgents dressed as Iraqi policemen and they only sought to defend themselves.

The day he was found guilty Liberty said, "I don't want to spend any more time in jail. As God is my witness, I shot at two people that day, who were dressed in Iraq police uniforms and they were shooting at me."

Blackwater is a former security company that contracted with the U.S. government to provide security for diplomats during the Iraq War.

During the original sentencing, Lamberth sentenced Paul Slatten of Tennessee to life for murder. He then sentenced Liberty, Dustin Heard of Tennessee and Paul Slough of Texas to time served on manslaughter and attempted manslaughter charges, but added 30-year mandatory sentences for using machine guns in the commission of a crime, a law that was originally written to punish drug dealers who use automatic weapons to enhance their drug empires.

But the four Blackwater guards' weapons were issued by the state department to protect diplomats as they transited in and around Baghdad.

Washington Attorney Bill Coffield, who has been on Liberty's defense team since the beginning, told The Rochester Voice earlier this month that logistical problems with transportation of the four men - who are in various federal facilities across the country - likely led to the postponements.

Coffield said he knew a number of people wanted to speak on Liberty's behalf at the sentencing, including high school chum and longtime friend Chris Buslovich.

The only ones known to be speaking, however, include the three defendants, Coffield said.

Regarding what might come out of the sentencing, Coffield said only that the judge has "wide latitude" in such matters.

That means he could sentence them to years and years in prison or turn around and release them on time served.

"We're hoping for the best for our clients, and we're going to put the best case forward," Coffield said.

Meanwhile, Slatten, who was convicted of murder again after an earlier conviction was tossed, will be resentenced as originally planned on Wednesday.

The US attorney's office has said the murder charge calls for a mandatory sentence of life in prison.