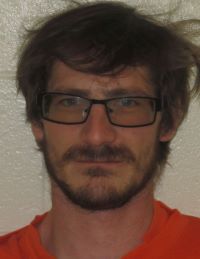 WATERBORO, Maine - A Limerick man is being held on $1,000 bail after York County Sheriff's Deputies say he threatened to kill two random motorists within minutes on Wednesday.

The bizarre string of incidents unfolded around 5 p.m. when a motorist reported that a vehicle had passed him on Ossipee Hill Road before coming to a stop in the roadway. The motorist told police a man, later identified as Andrew Prior, 32, of Limerick, then exited the vehicle and aggressively approached the unsuspecting driver, threatening to shoot him in the head. Prior also told the driver that there was a "hit" out on him before returning to his vehicle and leaving the scene.

A few minutes later, Prior did the same thing to a woman who was pumping gas at the Lakeside Market, York County Sheriff William King said in a press release sent out today.

Again after a short confrontation, Prior left abruptly.

Deputies scoured the area and Prior was soon found at the Lil'mart Store in Hollis. During a search, Prior was found to have marijuana in his vehicle, a violation of his bail conditions.

It was also determined based upon witness statements that there was probable cause to arrest Prior for terrorizing. Prior was later arrested and charged with two counts of terrorizing and violating conditions of release.

His bail was set at $1,000 pending a court appearance on Friday.