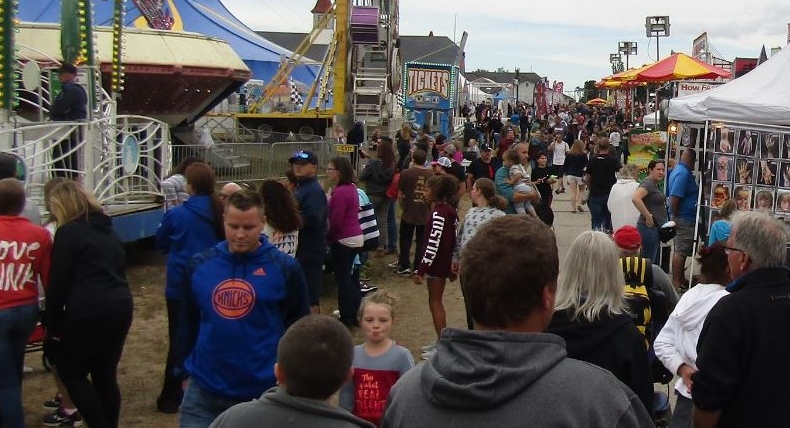 ROCHESTER - Last year's Rochester Fair was plagued with uncertainty over city code issues in the weeks leading up to its opening, which severely restricted the ability of organizers to properly market Exhibition Hall vendor space, but this year it's been a complete turnaround, Rochester Fair Association President Nancy Gilbert told The Rochester Voice over the weekend.

"We have more time this year," Gilbert said. "We got a lot of major violations already fixed and have submitted to the city a plan that they've accepted for the rest."

Gilbert said code violations that the city cited regarding the grandstand have in large part been addressed already with any remaining issues to be resolved in the coming weeks.

She said with July now upon us, preparations are in full gear to get ready for this year's fair, which will run from Sept 12-22, comprising two consecutive four-day Thursday-to-Sunday runs like last year.

"As soon as July hit, we knew we longer had 'plenty of time,'" she added. "We're looking forward to build on the success of last year."

Among the new and exciting additions to the fair will be log rolling events and a ventriloquist, Gilbert noted, adding that longtime favorites like monster trucks and the bus demolition derby will both be returning.

Because of the uncertainty that prevailed last summer many vendors who normally populate the Exhibition Hall opted not to reserve a space, but many of those will be returning this year, Gilbert said.

"We're getting an earlier jump on that this year," said Gilbert. "We're hoping we'll have a lot more exhibitors in the Exhibition Hall."

Gilbert said she also hoped to be adding more food vendors on the midway for this year's fair, too.

She said that any potential vendors should sign up by July 15 to get a discount and to call the fair at 332-6585 or email therochesterfair@metrocast.net if they have any questions. More info is available at www.rochesterfair.com.

For now, Gilbert is very pleased with the comeback of the fair, which closed down in 2017 under dire financial circumstances.

After restructuring their debt and making other changes, the fair did much better last September ending up in the black well enough to guarantee this year's iteration.

"We're in good (financial) standing with everyone, and we've paid a lot of back bills," she said. "We've come a long way."