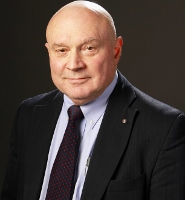 ROCHESTER - City Manager Daniel Fitzpatrick, has served Rochester for the past seven years, will retired this summer, according to Mayor Caroline McCarley, who made the announcement Tuesday in an official city press release.

During his tenure in Rochester, Fitzpatrick oversaw several critical projects, including a $5 million bridge that allowed Albany and Safran to expand its manufacturing operations in Rochester, as well as the renovation of the old fire and police station into a state-of -the-art City Hall Annex.

He also made transparency at City Hall a top priority, establishing monthly city manager reports and a more open budgeting process. In addition, he created and used the City Manager's Corner program on the Rochester Government Channel to keep residents more informed about their city.

"Dan has made numerous meaningful and lasting contributions to our city that will have an impact on residents for years to come," McCarley said. "I have no doubt he'll continue to serve our community well throughout the remainder of his tenure."

Fitzpatrick also spearheaded the renegotiation of a new contract with Waste Management that helped boost the city's non-tax revenues and strengthen the company's corporate citizenship in Rochester. He also oversaw the development of a franchise agreement with Comcast to foster cable competition in Rochester, marking the first cable overbuild in New Hampshire's history.

"I've loved serving the residents and business owners of Rochester over the last seven years," Fitzpatrick said. "I'm eager to continue working on behalf of our community members and look forward to what the future has in store."

His dedication to the cities he served resulted in numerous International City/County Management Association (ICMA) awards, including an Award of Excellence, Professional Award for Career Development and Program Excellence Award for Intergovernmental Relations, among others.