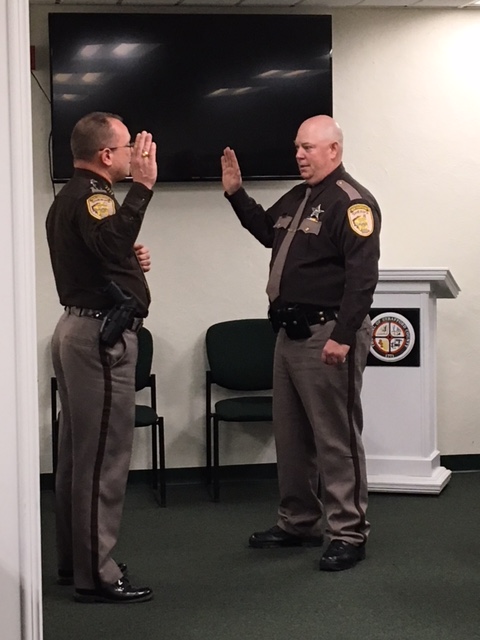 DOVER - A Strafford County deputy sheriff with 10 years of experience at the department was promoted to the rank of sergeant on Thursday.

Bryant Scott, who lives in Strafford where he is a selectman, was administered the oath of office by Sheriff David Dubois.

Scott has been a certified New Hampshire Police Officer since 2007 and served as a police officer for the Strafford Police Department from 2007-2014.

Scott, who served his country and was honorably discharged from the Army, has been a Deputy Sheriff since 2008.

As a sergeant in the Transport Division he will be responsible for the oversight of transport and security dealing with inmates from the county as well as United States Marshals Service and U.S. Immigration and Customs Enforcement.

"We are fortunate to have this talented veteran law enforcement officer in service to the people of Strafford County leading deputies in our busiest section of the office," Dubois said.