Lucier in a romp, Hutchings in a squeaker, grab BOS seats 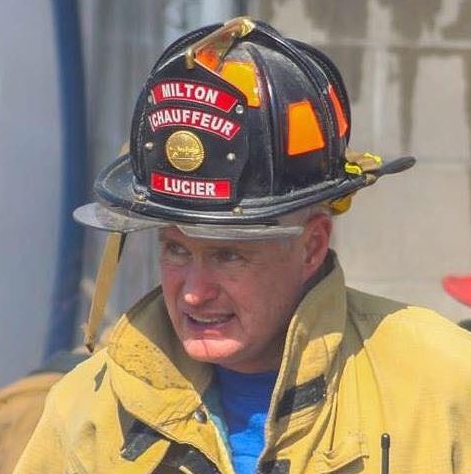 MILTON - Milton's Board of Selectmen continued its infusion of new blood on Tuesday, sweeping into office former fire chief and political newcomer Andy Lucier and budget committee member Erin Hutchings as the agents of change on a board whose senior member now has just a single year under his belt.

Lucier with his 370 votes easily outdistanced budget committee member Thomas McDougall and Larry Brown, 184 and 158, respectively, for the one-year seat made available with the recent resignation of former selectman Mike Beaulieu.

In other contested races Fire Chief Nick Marique maintained his position over challenger Stephen Duchesneau, 494-253, Mackenzie Campbell, in his third bid for treasurer, bested Pamela Arnold 404-271 and John Katwick kept his cemetery trustee seat with a 463-175 win over Dennis Therrien.

Among the referendum questions most notable was the rejection by voters of a $505,000 pumper/tanker for Milton Fire and Rescue, 419-305, and the approval of Keno gambling in Milton, which means it soon be available at Three Ponds Tavern, whose owner has expressed a desire to run the numbers game if it passed muster with voters.

All the other money articles, including the town's $4,500,000 operating budget and several reserve account appropriations passed easily.

A nebulous ballot question to disincorporate town, a move town officials said would be illegal, won't have to be argued, after being soundly defeated 554-125.