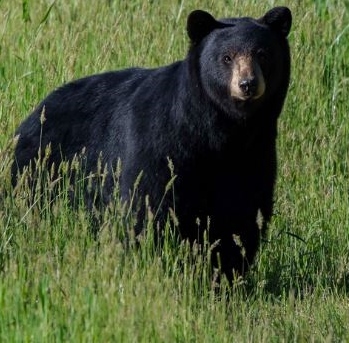 AUGUSTA, Maine - Maine's bear season begins on Monday throughout the state of Maine, and youth hunters get their own day this Saturday.

"The abundance of natural foods on the landscape has the greatest influence on hunting success and the physical condition of the bears," said Randy Cross, bear field crew leader for the Maine Department of Inland Fisheries and Wildlife. "A cool wet spring like we experienced generally bodes well for bear foods, and more natural food results in fewer bears visiting bait sites and a lower number of bears harvested."

Maine's black bear population is closely monitored by Department biologists through one of the most extensive, longest-running biological studies in the U.S. The study began in 1975 and continues today. Over nearly 40 years, Department biologists have captured and tracked over 3,000 bears to determine the health and condition of Maine's bears and estimate how many cubs are born each year.

"Over those 40 years, it's very clear that during years with excellent natural food production of nuts and berries, bears are more reluctant to visit bait sites," said Cross. "The good news for hunters is that bears will be actively foraging much later in the season than last year since late season foods such as beechnuts and acorns will keep bears out of their dens. This is good news for deer hunters that would like to harvest a bear during deer season and hunters who hunt in October.

Maine's bear season is divided into three segments, as hunters can hunt with bait from Monday to Sept. 21, hunters can hunt with dogs from Sept. 9 to Nov. 1, and hunters can still hunt or stalk bear from Monday to Nov. 30. Maine has one of the longest bear seasons in the country since Maine has one of the largest bear population estimated at over 36,000 animals. In addition to a season that starts in August and ends after Thanksgiving, Maine allows hunters to take two bears, one by hunting and one by trapping.

Youth hunters who have a junior hunting license can hunt bear with a firearm, bow, or crossbow on this Monday. Youth hunters may hunt bear with the use of bait, or still hunt; however the use of dogs during youth hunting day is prohibited. For more information on youth day, please visit: https://www.maine.gov/ifw/hunting-trapping/hunting-laws/junior-hunters.html#youthhuntdays.