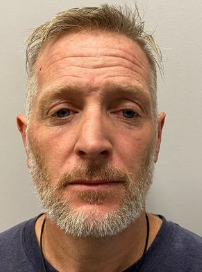 ROCHESTER - A Gonic man accused in three city bank robberies in one month faces up to more than 20 years after his indictment in all three heists.

In each robbery - all at Citizen Bank branches - Christopher Kelly, 44, of 33 Oak St., Gonic, handed tellers a note stating he had a bomb.

Two of the heists occurred at the Lilac Mall Hannaford branch on Sept. 11 and Sept. 21, while the third was at the 1 North Main St. branch on Oct. 9.

At the time of Kelly's arrest he was identified by police as a city transient.

East Class B felony robbery count carries a three and a half to seven year jail term.

The Strafford County grand jury indictments were handed down on Feb. 8 and released on Friday.

An indictment is not an indication of guilt, rather than enough evidence has been presented to warrant a trial.