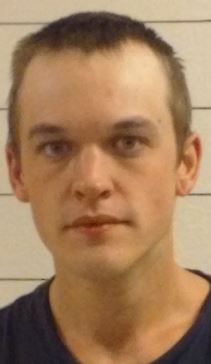 ROCHESTER - The Wolfeboro man charged with two bank robberies that occurred within a week earlier this month was held on high bail at his arraignment on Monday.
Jake Chiaradonna, 28, of 16A North Line St., Wolfeboro, allegedly robbed a Citizens Bank in the Milton Road Hannaford on Oct. 5 and the TD Bank on Old Dover Road at Merchants Plaza on Oct. 11.
Both times surveillance tapes show him handing the teller a note indicating he had a weapon, but no weapon is actually shown.
Rochester police on Friday arrested Chiaradonna. who was already being held at Carroll County jail on other charges. His bail was set at $100,000 cash on Monday.
Chiaradonna has a lengthy criminal record in Rochester, including being charged with robberies at Froggie's Place and Tri-City Towing in 2011.