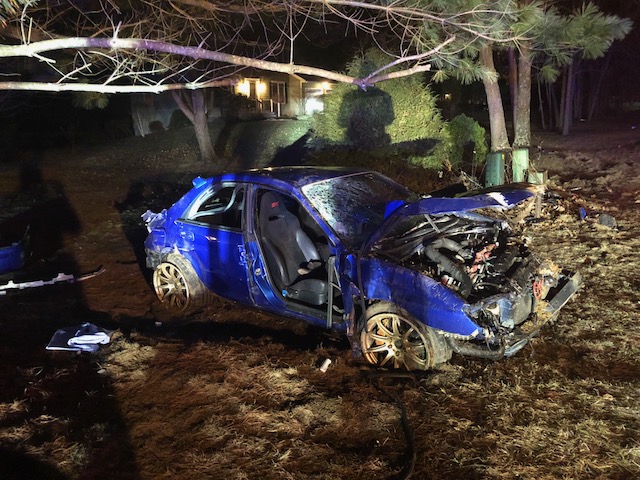 ROCHESTER - A Dover man was arrested for drunken driving on Saturday night after the vehicle he was driving crashed and rolled over on Old Dover Road.

Police responded to the area of Old Dover Rd near the intersection of Tebbetts Road around 8:35 p.m. for a report of a single-vehicle rollover.

After a brief investigation it was learned that Dakota Corain, 26, of Dover, was operating a Subaru Impreza on Old Dover Road traveling south when the car drifted off the pavement, struck several mailboxes, an electrical box and a rock on the shoulder which led to the rollover.

Corain and two passengers, Albert Bertrand and Jesse Reeves, were all taken to Frisbie Memorial Hospital for what were described as nonlife threatening injuries.

After additional investigation Corain was charged with felony DWI.

The investigation required the closure of Old Dover Rd for a short period of time.

The case is still under investigation at this time. Anyone with information about this collision is asked to contact the Rochester Police Department at 603-330-7128.