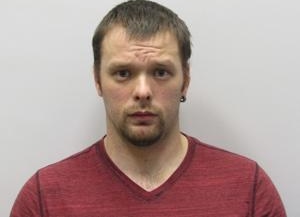 DOVER - A Farmington man is facing some hard prison time after his indictment on indecent exposure and lewdness for allegedly exposing his genitals at a Rochester Aroma Joe's coffee kiosk while in the company of a minor.

Adam Upson, 25, of 50 Peaceful Pines Circle, had two children under the age of four in his pickup truck with him at the time of the incident, according to the Union Leader of Manchester.

An affidavit filed by police prior to his arrest alleges that on Nov. 10 Upson was at the Milton Road coffee shop when he undid his trousers and began touching himself. An owner of the drive-thru kiosk told police he had surveillance video of the incident.

It was later learned after employee interviews that there were two children in car seats in the back of the truck.

The maximum prison time for the Class B felony is seven years.

The Strafford County grand jury indictments were handed down a week ago and released on Wednesday.