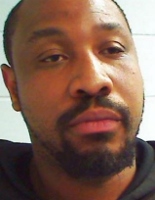 CONCORD - A Somersworth man pleaded guilty today in federal court to being a felon in possession of firearms.

Damon Austin, 36, was involved in an April 14 altercation with another individual in Somersworth in which Austin threatened the individual with a firearm, according to court documents and statements made in court.

Soon after the altercation, Somersworth Police arrested Austin while he was in possession of the firearm. Police subsequently obtained a warrant to search Austin's residence, which resulted in the seizure of six additional firearms, as well as cocaine, crack cocaine, and marijuana.

He is scheduled to be sentenced on May 14.