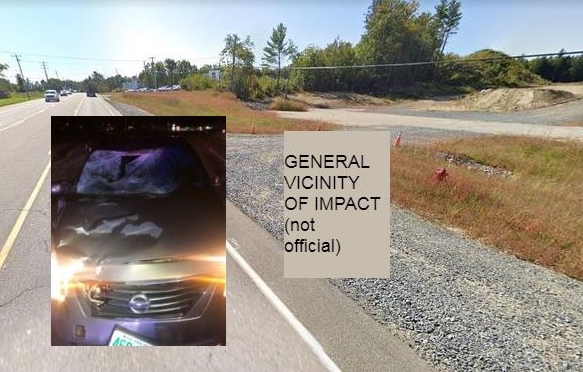 ROCHESTER - The pedestrian seriously injured when he was struck by a vehicle while walking along Farmington Road on Saturday has been identified as a 28-year-old Rochester man.

The accident occurred in the area of Crane Drive around 8:55 p.m. when police say Jose Aldana was struck by a Nissan Versa driven by Dylan Bilodeau, 25, of Rochester.

Bilodeau was driving south on Farmington Road when his car struck the victim, police say.

Aldana, who was found in the roadway, was transported to Portsmouth Regional Hospital with what were described as life threatening injuries.

While the investigation into the crash continues, Pinkham added that preliminary information indicates neither impairment nor speed were factors in the crash.

If anyone has information regarding the accident they are asked to contact Officer Thomas Butcher at 603-330-7127 in reference to 20-211-AC.