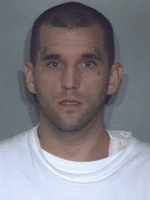 ROCHESTER - A man wanted on a parole violation and driving after being certified as a habitual offender was arrested on Sunday after he attempted to elude police during a traffic stop on North Main Street.

Jason Potter, 33, no address given, was taken into custody around 3 p.m. and charged with operating after being certified as a habitual offender (class B Felony); three misdemeanors for reckless driving, disobeying an officer and resisting arrest.

The incident unfolded as a patrol officer stopped Potter on North Main Street and he fled in his vehicle as the officer approached.

The officer was initially unsuccessfully in locating Potter, but later saw him - without his car - walking in the area of Congress Street.

Potter fled on foot, but was quickly caught, detained and arrested.