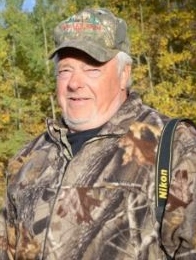 SPRINGVALE, Maine - A city of Sanford employee who was struck and killed by a city-owned truck he'd been operating just prior to his death has been identified as a 71-year-old Sanford man.

William "Bill" Thyng died at the scene soon after he was struck by the truck on Main Street in front of Springvale District Court around 1:30 p.m. on Monday.

When officers arrived they found the him lying in the street. Fire Department personnel pronounced him deceased.

This crash continues to be investigated by the Sanford Police Department with the assistance of the Maine State Police Commercial Vehicle Unit. The CVU assists outside agencies with the investigation of serious commercial motor vehicle crashes.

There was no word on possible witnesses to the incident.

Thyng's obituary can be viewed in The Rochester Voice obituary section.