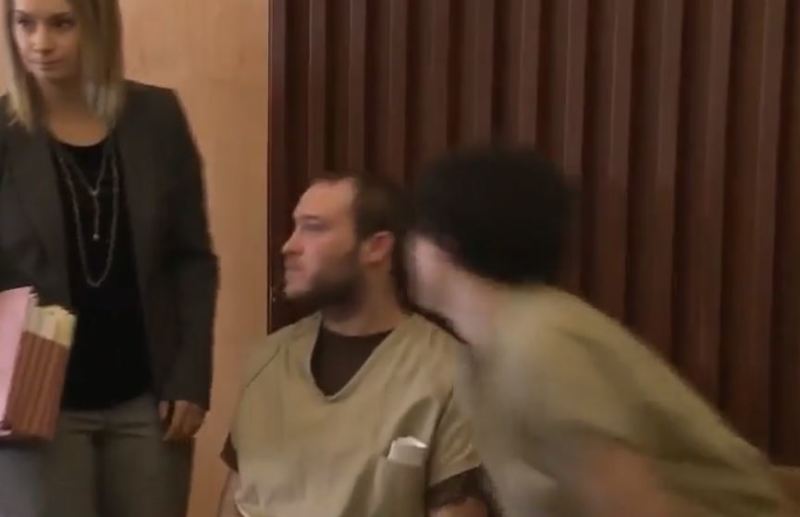 DOVER - The Rochester man who head-butted a just-sentenced child molester inside a Strafford County courtroom with TV cameras rolling last November faces up to 14 years in state prison after his recent indictment.

Josiah Davies, 28, is charged with two Class B felony counts of assault by prisoner in the Nov. 30 attack at Strafford County Superior Court.

Christopher Elwell, 29, of Dover, had just pleaded guilty and been sentenced by Superior Court Judge Mark Howard to a seven and a half to 15-year sentence and returned to the back row of the courtroom to sit down when fellow inmate Davies got up from where he was sitting and violently head-butted Elwell at least twice.

Video of the event was captured by a WMUR cameraman.

Elwell was charged in June for sexually assaulting the girl at a Dover Housing Authority property on Mineral Park Drive.

Davies, who was in the courtroom for a separate hearing, waited until Elwell returned to the back of the courtroom after his sentencing, stood up, took a couple of quick steps toward Elwell and delivered at least two strikes before a Strafford County Sheriff's Deputy was able to shove him aside and take him down.

Davies had been arrested by Rochester Police earlier in November on 17 forgery counts.

The Strafford County grand jury indictments were handed down on Feb. 15 and released today.

An indictment is not an indication of guilt, rather that enough evidence has been presented to warrant a trial.