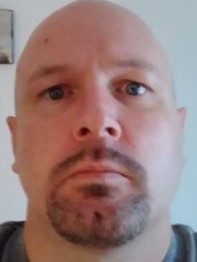 CONCORD - The U.S. Attorney's Office announced on Wednesday that the man who fatally shot himself during a Manchester standoff with police last month had earlier been charged with drug possession.

Officials say that Deputy U.S. Marshals had been seeking to arrest Benjamin Bennett, 41, of Concord, who was the subject of a federal arrest warrant that was the result of an investigation by the Drug Enforcement Administration, New Hampshire State Police, and the New Hampshire Attorney General's Drug Task Force.

He had been charged in a sealed complaint with possession of controlled substances with intent to distribute.

The complaint, which has now been unsealed, alleges that on March 4 Bennett was driving a vehicle that was stopped by the New Hampshire State Police in the Littleton area. Bennett was arrested for operating without a license and being a habitual offender. A later search of the vehicle resulted in the discovery of distributable quantities of suspected methamphetamine and heroin/fentanyl.

When approached by Deputy Marshals on May 26, Bennett is believed to have fired a weapon at the Deputy Marshals. Representatives of the Manchester Police Department and other law enforcement agencies responded to the scene and found Bennett dead from a self-inflicted gunshot wound.

"This matter demonstrates the dangers that our brave federal, state, and local law enforcement colleagues face each day," said Acting U.S. Attorney John J. Farley. "I am grateful to the Manchester Police, the United States Marshals Service, and all of the other law enforcement agencies who responded and assisted in this matter. Thanks to their professionalism and caution, no civilians or members of law enforcement officers were harmed during this incident."