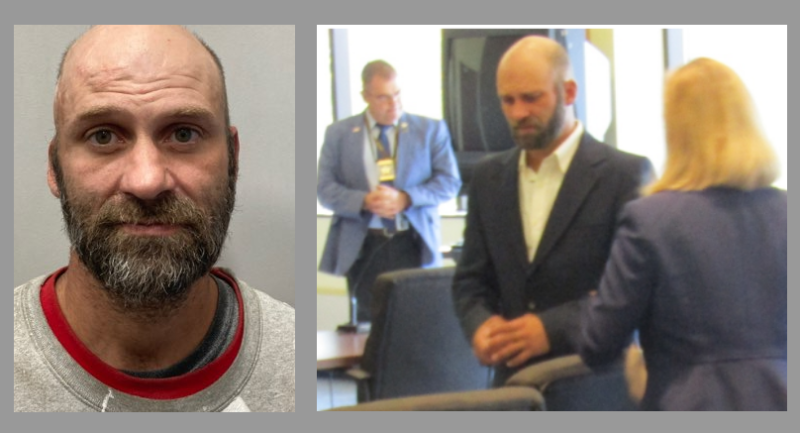 ROCHESTER - A city man whose 2019 manslaughter trial involving a fatal crash on the Spaulding Turnpike ended with a hung jury was arrested on Saturday in a pair of crashes involving serious injuries that occurred last September.
Lawrence Douglas, 43, of 136 Charles St., was charged with conduct after an accident and DUI impairment in a pair of Sept 21, 2021, crashes that occurred on Washington Street near the Shell gas station and a short time later on Brock Street near Holy Rosary Credit Union.
The latter crash was reported to involve a head-on collision with injury, entrapment and heavy damage.
Preliminary investigation showed the first crash occurred when a Toyota Camry, operated by Douglas, was traveling into town on Washington Street in the area of the Shell when it rear-ended a Hyundai Elantra.
Police say Douglas then fled the scene and turned right onto Brock Street where he began traveling at a high rate of speed, crossed over the yellow line, and struck a Jeep Patriot.
Douglas' weeklong October 2019 trial in Strafford Superior Court ended with a hung jury, prompting prosecutors to consider retrying the case, but County Prosecutor Tom Velardi said today they decided against it after polling the jury.
Prosecutors argued at trial that Douglas caused the death of James Gosselin, 54, on April 15, 2016, when Douglas crashed his Subaru Forester near Exit 15 on the Spaulding Turnpike in Rochester.
Meanwhile Rochester Police continue to investigate the events that led up to Saturday's arrest which unfolded around 10:50 a.m. when police dispatch began receiving reports of debris falling from a damaged vehicle that was headed north near the Milton Road McDonald's.
According to dispatch notes, cars were swerving to avoid hitting debris that was falling from a silver vehicle with a blown tire that was headed north.
Two officers were able to learn the vehicle's plate number, responded to the vehicle owner's home address and placed Douglas under arrest on outstanding warrants for alleged conduct after an accident and DUI impairment in connection to the 2021 crashes.
Rochester Police Capt. Todd Pinkham said today that police are still investigating what happened on Saturday to determine if additional charges will be forthcoming.
Velardi said today he would also be looking into the Saturday incident.
The weeklong manslaughter trial against Douglas, formerly of Lafayette Street, Rochester, was heart wrenching to say the least as the two men were next door neighbors and best friends.
Wade Bartlett, the state's accident specialist, testified that the fatal injuries suffered by Gosselin occurred when he was in the passenger seat and Douglas was driving.
Douglas, who was found to have a BAC of .13 and marijuana in his system the night of the crash, could have faced up to 30 years if found guilty.
Police say the two men were together in Douglas' Subaru Forester headed south near Exit 15 when the car struck a concrete barrier and rolled onto its passenger side, killing Gosselin.
The defense provided an alternative theory that weight from paint cans and painting equipment caused the vehicle to bounce off the barrier and flip onto the driver's side, proving Gosselin was driving.
Bartlett's testimony rebutted that saying that the car yawed prior to striking the barrier and flipped onto the passenger side after it made contact.
The differentiation was key as Gosselin's head came in contact with the pavement as it skidded across the highway pavement.
Neither man was wearing a seat belt.