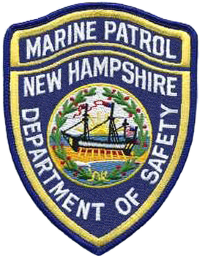 A Massachusetts man was injured in a Friday night boating accident on Lake Winnipesaukee.

State Police Marine Patrol say the mishap involving a commercial pontoon boat and the lone operator wasn't reported to them till around 1:30 p.m. on Saturday.

According to a press release the mishap occurred in the area of the "Barbers Pole" off Cow Island.

The male operator of the boat was later identified as 62-year-old Thomas Meserve out of Southborough, Mass, who was being treated for internal injuries at Speare Memorial Hospital in Plymouth.

The accident occurred near the "Barbers Pole" off Cow Island.

Anyone who has further information related to this accident or who witnessed it is encouraged to contact New Hampshire State Police- Marine Patrol, Sgt. Nicholas Haroutunian at 603-227-2112 or by email at Nicholas.M.Haroutunian@dos.nh.gov.

Despite several petition drives, the New Hampshire Department of Safety has declined to make the area near the Barber's Pole a no-wake zone.