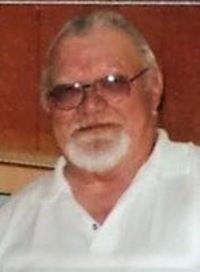 Maurice was a Marine Veteran who grew up in the Berwick, and Somersworth areas, Moe and his loving wife Josie retired to Rochester in 2006. Moe was a construction laborer and worked on many construction jobs in the New England area. He spent many years in Fort Myers Beach, Fla., and Port St Lucie, Fla. He was a member of the 40 and 8, very involved with the American Legion Post 8 where he was also a Past Post Commander. He belonged to a bowling league and absolutely loved to cook. Moe's life centered around his late wife Josephine (Josie) (Bernabo) Leclerc, whom he loved immensely.

Surviving members of his family include his sons; Greg Leclerc and his wife Kim Wallace of Rochester, Ric Leclerc of Somersworth, Mark Leclerc of Texas, Mike Leclerc of California, and Richard Brehm of New Hampshire, his daughters; Debra Burk and her husband Ronald Joy of Rochester and Sherry Knight of Texas, a brother, Paul Leclerc and his wife Maureen, as well as many grandchildren, and several great grandchildren.