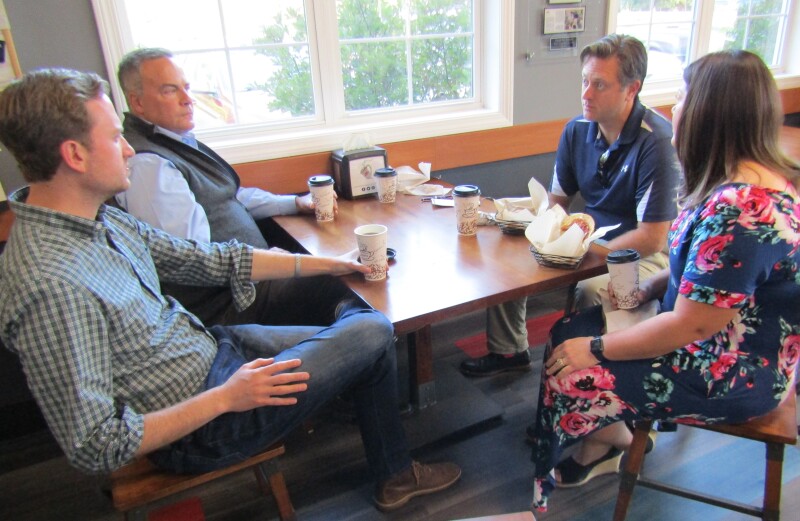 GILFORD - Matt Mowers accepted the endorsement of Rochester Mayor-Elect Paul Callaghan on Thursday, another boost in his bid to oust Democrat Chris Pappas from his representative's seat for the state's 1st Congressional district..

"Matt Mowers represents a new generation of conservative leadership that will fight for lower taxes, stand with our local law enforcement community and push back against the policies have led to the soaring costs of groceries and gas," said Callaghan. "I know that Matt will always put New Hampshire first - that's why I'm proud to support his campaign for Congress."

Mowers, who at this point faces four challengers in the Republican primary, said he was thankful for Callaghan's endorsement.

"I am grateful for Mayor-Elect Callaghan's support because I believe his decisive victory demonstrates the frustration and anger Granite Staters have as the radical left pushes their extreme, 'defund-the-police' agenda that puts us all in danger," he said. "I know that I will count on Mayor-Elect Callaghan to be a partner to me in Congress as we find more solutions to support our brave law enforcement officers and keep our New Hampshire communities safe."