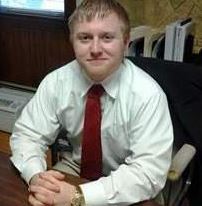 MILTON - A document seen posted at Town Hall on Friday may shed light on events that led to the abrupt firing of Milton interim town administrator Jeremy Bourgeois, with one selectman today calling Bourgeois' behavior regarding what led to his firing, "morally and ethically wrong."

The posting - titled Board of Selectmen Minutes from an "Emergency nonpublic conference call meeting" - refers to a meeting called by Selectman Mike Beaulieu on May 18 after it was learned Bourgeois was trying to contact members of a search committee formed to select a permanent town administrator about comments allegedly made by another candidate for the job.

Milton Selectmen Chairman Tom Gray, who has applied for the job, was not in attendance at the emergency teleconference meeting, only Beaulieu and fellow Selectman Andrew Rawson, Rawson said earlier this week.

During the telephone conference selectmen discussed that Bourgeois, who was also applying for the permanent position, had learned by inadvertently accessing minutes from a nonpublic meeting of the selection committee that a candidate for the position had made statements about Bourgeois. According to the posting, Bourgeois had threatened to sue the Board of Selectmen over those statements.

The minutes further state that when Beaulieu tried to talk to Bourgeois about the situation he "took the position that he was being threatened by the Board of Selectmen."

As a result Beaulieu and Rawson - according to the minutes - decided that given Bourgeois' "indication of contacting his attorney for possible legal action," his "reckless disregard for the Town's policy and procedure of nonpublic sensitive materials" and "clear indication that his effectiveness to handle responsibilities of the position were undermined," his dismissal would be effective immediately.

The telephonic meeting was called into session at 10:20 a.m. and lasted just 20 minutes.

Reached by telephone today, Rawson said what Bourgeois did was "ethically and morally wrong."

"He took nonpublic minutes from the search committee and emailed them to one of the candidates for the job basically to say 'They didn't pick you either,'" he said.

Rawson said by then Bourgeois also knew he was not the search committee's top choice.

Rawson also confirmed that while Gray is being considered for the job, he's not the top choice, either, but is among the top three.

He would also neither confirm nor deny whether it was Gray whom Bourgeois sent the email to.

Rawson said he and Beaulieu expect to interview some or at least one of the candidates at the Board of Selectmen's next meeting on June 6.

"Hopefully we can put this behind us," he said.

Neither Gray, Beaulieu, nor Bourgeois were immediately available for comment

The full posting is below.