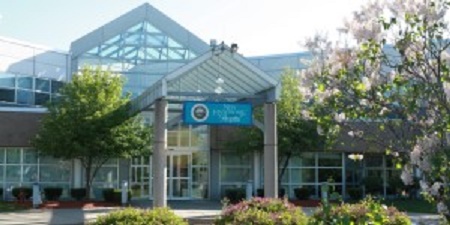 CONCORD - The State Supreme Court ruled Tuesday a person certified for involuntary commitment to a designated receiving facility was denied her statutory right to due process within three days as required by statute.

The decision results from the longstanding problem of people suffering from a mental health crisis being boarded in hospital emergency rooms for days and weeks because there's no room in the state's psychiatric facility.

In the case of Jane Doe versus the Department of Health and Human Services, she was held against her will for 17 days in an emergency room. The agency appealed an earlier court decision ruling in her favor.

The main issue is whether patients during the involuntary emergency admissions process have their right to due process while waiting for a psychiatric bed at a designated receiving facility.

The state contends the due process requirement does not begin until the person is in a designated receiving facility like New Hampshire Hospital, but the court disagreed.

The statute at issue requires a person who is certified for involuntary confinement due to a mental health crisis to receive a probable cause hearing within three days.

"Based upon our review of the statutory scheme and consistent with our duty to avoid interpreting the statute as unconstitutional, we conclude that the plaintiff's statutory rights were violated," Justice Gary Hicks wrote in the 3-0 decision.

Advocates hailed the decision as historic.

The National Alliance on Mental Illness - NH said in a statement emergency department boarding is a visible example of the discrimination faced by people with mental illness in accessing treatment.

"During the past eight years thousands of Granite Staters have experienced ED Boarding. When justice is denied to one person it is denied to all," said Ken Norton, NAMI NH Executive Director. "Today's decision on behalf of Jane Doe is a decision in favor of all Granite Staters. We are all Jane Doe."

The organization said the state must move rapidly to address the deeper need to provide adequate mental health treatment to its citizens and called on the Department of Health and Human Services, the Department of Justice, Gov. Chris Sununu, the Legislature, hospitals and the courts to work together to immediately comply with the court's decision.

"For far too long, a lack of community-based mental health treatment options meant some people, including our clients, have been held without probable cause hearings for weeks in emergency rooms. It also means they have often been unable to return home to their families or jobs," ACLU NH said in a statement.

The court rejected the state's contention that the state mental health services system solely consists of treatment facilities, noting it also consists of community mental health centers, transitional housing, law enforcement who have to take the person into custody, and medical service providers who are approved at designated facilities.

"We disagree with the defendant that the medical service providers who are allowed by statute to complete certificates for involuntary emergency admission solely because they have been approved to do so are not part of the state mental health services system," Hicks wrote.

Before the court, state Senior Assistant Attorney General Anthony Galdieri argued the hearing only needs to be held three days after the patient is accepted at a designated receiving facility such as New Hampshire Hospital.

He contended the responsibility to treat a patient lies with the private hospital, and if they are held without treatment they have legal resources to sue the hospital for malpractice, noting it is not the state's responsibility.

Over the years many of the state's community hospitals stopped participating as designated receiving facilities so there is more pressure on the New Hampshire Hospital for psychiatric beds, he said.

"The reality today is the system lacks the capacity to meet the demand," Galdieri said.

Attorney Gary Apfel, who represented Jane Doe before the court, said there are two issues.

"The first is whether our legislature would authorize private individuals to confine others indefinitely who may or may not be sick without necessary services and without a right to challenge their confinement," Apfel said. "And secondly, would our legislature authorize the commissioner to ignore individuals who are homicidal or suicidal in hopes that private parties will take up the slack."

The answer to both must be no, Apfel told the court.

In its ruling Tuesday, the Supreme Court sided with Jane Doe.

"The parties have made clear that the statutory process is not working as the legislature intended because of the lack of beds in receiving facilities," Hicks writes. "As a result, individuals who have been certified for involuntary emergency admission 'are boarded in private hospitals while waiting for space in designated receiving facilities,' and '[w]hile they wait, those persons are not provided treatment or probable cause hearings.'"

"We do not opine as to how the defendant should comply with its statutorily-mandated duty as our system of government entrusts such decisions to our coordinate branches," Hicks writes. "Of course, if the legislature disagrees with our interpretation, it is free to amend the statutory scheme as it sees fit within constitutional bounds."

The original petition sought Jane Doe's release from New Hampshire Hospital and the Merrimack County Superior Court ruled in her favor and the Supreme Court upheld the decision Tuesday.

The problem has been around since 2012, but has worsened over time and become even more acute during the COVID-19 pandemic.

At times 80 or more adults and juveniles have waited in hospital emergency rooms around the state for admission to the New Hampshire Hospital or other in-patient treatment facilities.

Health and Human Services officials attempted to reduce the patients in emergency rooms by adding 18 new transitional housing beds so patients no longer needing the level of treatment provided at New Hampshire Hospital can begin the process of reintegrating into their communities. However, the emergency room boarding problem has persisted.