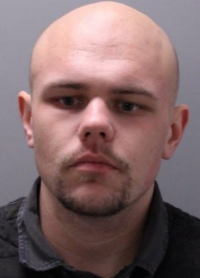 CONCORD - A Merrimack man was arrested on Monday on charges of possession of controlled substances with intent to distribute, the U.S. Attorneys Office announced today.

The complaint filed in court, alleges that on Oct. 27 Manchester Police officers conducted a traffic stop in which 27-year-old Kyle Mehlhorn was the driver of the vehicle, and a records check revealed his license and registration were suspended.

The complaint further alleges that officers later obtained a search warrant for the vehicle and recovered firearms, over $14,000 in cash, over 37 grams of suspected fentanyl, over 214 grams of suspected methamphetamine and other items commonly used in the packaging of controlled substances.

Mehlhorn was arrested in Boston and is scheduled to appear before a federal magistrate today.