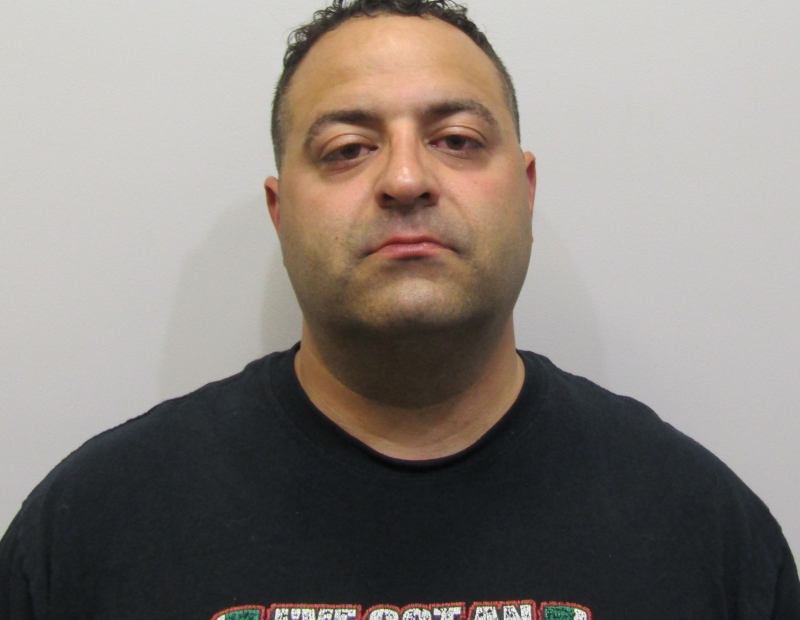 ROCHESTER - A Rochester man and veteran Northern Seacoast lawman is finding himself on the wrong side of the law today, accused of DV felony criminal threatening for allegedly telling his girlfriend, "I'm really going to murder you" moments before returning from another room with a firearm in his waistband.

Michael McNeil, 39, of Flower Drive, who currently serves as a Middleton Patrolman, but has also had stints with the Farmington Police Department and the Strafford County Sheriff's Office, was also charged with three Class A misdemeanors - two criminal mischiefs and one simple assault - which are punishable by up to a year in county jail apiece. The felony carries a sentence of three and a half to seven years in state prison.

According to a criminal complaint filed at Strafford County Superior Court, the incident occurred shortly after midnight last Wednesday as McNeil and his girlfriend were engaged in an argument. According to a Rochester Police affidavit, officers got involved after it was learned a female was texting her cousin that her boyfriend was threatening her with a gun.

Police soon learned who the victim was and that McNeil may be the suspect.

While en route to the scene, it was reported to responding officers that McNeil had left the scene in his car, and soon after officers caught up with him in a Corson Street driveway.

McNeil admitted to the officers that the two had been arguing, but said he never threatened his girlfriend with the handgun, only that he retrieved the handgun from his bedroom as he was leaving the residence.

A Smith and Wesson .380 was found inside McNeil's car.

According to the affidavit, police interviewed the girlfriend, who showed police a scratch on her right wrist she said had been inflicted by McNeil when he grabbed it.

She also showed police broken pictures McNeil had allegedly broken by smashing them on the floor and marks on a refrigerator from when he allegedly kicked it a couple of times.

McNeil was initially held without bail but later released on personal recognizance after his arraignment last Wednesday. As part of his bail conditions he is forbidden from possessing weapons or having contact with the alleged victim.

Neither Middleton Police Chief Blodgett nor McNeil were immediately available for comment.

Because of his relationship with several Strafford County law enforcement agencies the case has been transferred to the Carroll County Attorneys Office for possible indictment and trial.