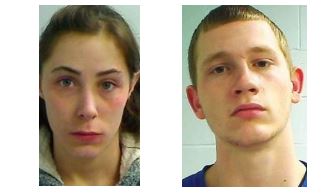 SOMERSWORTH, N.H. - The Milton man arrested in a Somersworth assault and robbery involving a bogus backpage.com prostitution post that preyed on unsuspecting "johns" has been indicted.

Joel Leary, 22, of 16 McKeagney Road, now residing at Strafford County Jail, was formally charged with two counts of burglary and one count of conspiracy to commit robbery in the Jan. 17 incident inside an apartment at 240 Main St., Somersworth.

Backpage.com is a well-known haven for advertising illegal sexual activity such as prostitution and escort services, and it is alleged the victim was enticed to the apartment for sex with a woman.

Shortly after the victim entered the apartment, three males came in after him, beat and robbed him, police said at the time of their arrests. The victim suffered facial cuts and bruising.

One of the burglary indictments alleges Leary did "knowingly use physical force on (the victim)," while the conspiracy indictment alleges Leary, along with the other four, concocted the scheme in which

Neurenberg and Smart was indicted this month on the same three felonies, which together carry a maximum sentence of 21 years in state prison.

The September indictments were handed down on Sept. 15 and released on Wednesday.