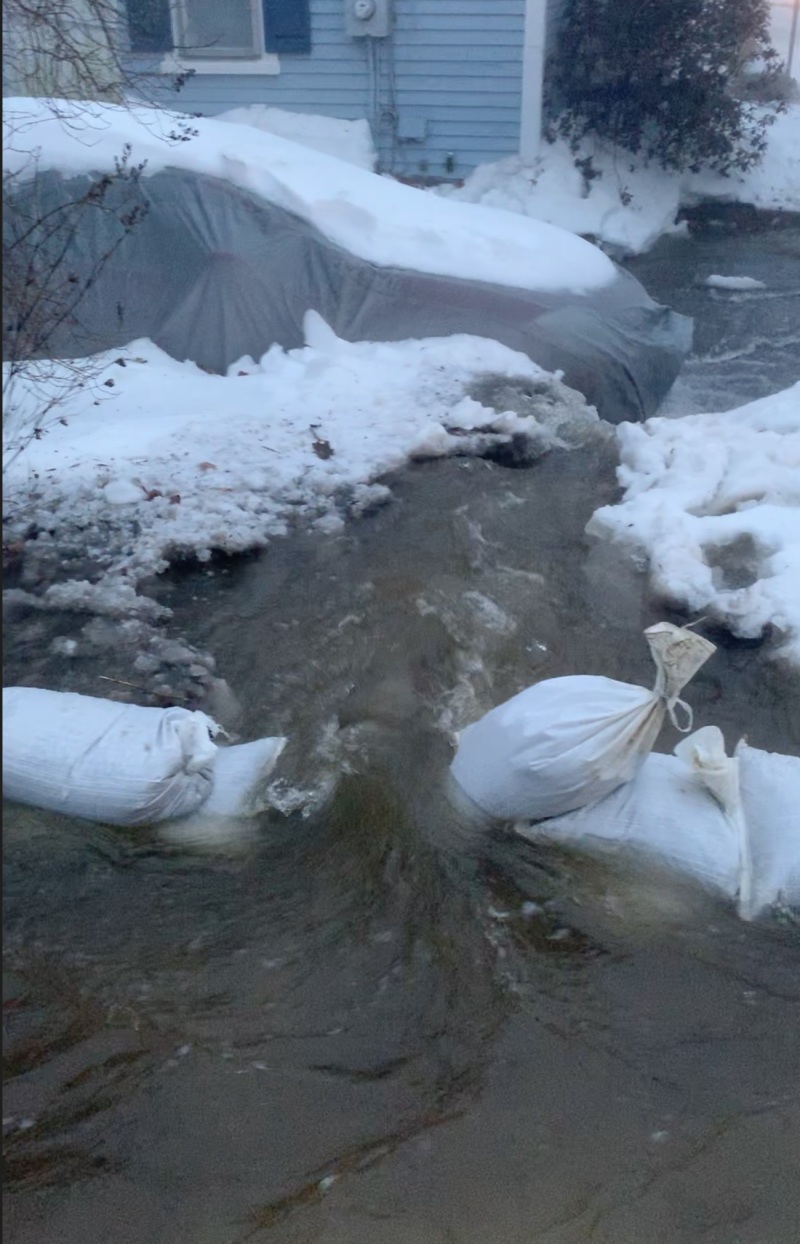 I spoke with Milton Director of Public Works Pat Smith about the project he proposes to fund with Milton Warrant Article 14, to be voted on in the March 8 election. Pat waxes enthusiastic when he describes what his downtown revitalization project will do for the Dawson and Silver Streets and Route 125 section of Milton. "Brand new sidewalks, curb cuts and railings, off street parking, redesigned traffic flow and a new drainage system for storm water; it would be safer for pedestrians and cars, solve the flooding problems, and help beautify downtown. It would look awesome!" Phase I of the project revamps the underlying drainage infrastructure in that area, and it needs to be completed before the parking and sidewalk work.

Smith explains that the project was initially designed to improve public safety in that busy section of downtown. "There's not enough public parking and it's tough for pedestrians to cross that part of Rte 125 or for vehicles to pull out from Dawson Street. But as soon as we started looking, we noticed that the drainage system needs to be re-done first. Most of the underground pipes were installed in the mid '80's and many are collapsing."

Smith discovered the pipe problems with the help of a video crawler car provided by Underwood Engineers. A robotic car equipped with a remotely activated camera crawled through the pipes to take videos, showing rot, rust, disintegrating pipes and old collapsing stone culverts. Since collapsing pipes allow less water to flow through them, heavy rains running off the mountain down Steeple and Silver Streets produce flooding in people's yards and across Rte 125. Smith and his crew have even placed sand bags to help out some landowners with the excess water.

In addition to causing excess water above ground during rainstorms, collapsing pipes allow water to continuously seep into the surrounding soil, carrying away fine sediment and leaving gaps below ground. Eventually, sinkholes or giant potholes can form. Increasingly uncontrolled water flows could also become a violation of state and national storm water regulations. Smith says, "We've done some patches but the situation will just keep getting worse if we don't fix it."

The Phase I fix, detailed in a plan by Underwood Engineers, consists of a series of new underground catch basins on Silver and Dawson Streets connected by new pipes and leading to a primary catch basin on the high side of Rte 125. A catch basin removes ('catches') sediment from the passing water by allowing it to settle into the bottom of the basin before the water flows out through the next pipe, thereby keeping sediment out of our rivers and lakes. Each catch basin is covered by a grate; those marked with a blue fish remove sediments from water that flows directly into the Salmon Falls River.

Smith and his team at the Public Works Department Federal inspect all catch basins twice per year and pump out any that are filled halfway up or more. In rare cases where debris cannot be removed by the pump, manual removal may be required, a potentially dangerous task for the people involved due to limited fresh air. The lesson for citizens of Milton is to consider our DPW employees next time you are tempted to throw litter into a grate!

Smith hopes the warrant article to fund Phase I will pass this year. Not only does the drainage problem keep getting worse, but the cost to fix it keeps going up, mainly due to rising material costs. He is also eager to implement the rest of the revitalization project, "That's what the people really want!" On the other hand, Smith says, "Phase I is self-contained and the beautification phase can wait until funds are raised." The exact wording of Warrant Article 14 may be found in the Town Meeting materials on the Milton Town Website or in the upcoming Milton Voters Guide.