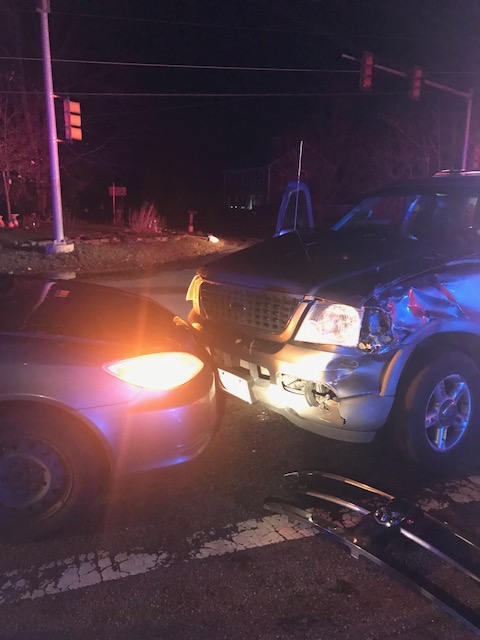 The crash occurred a little before 8 p.m. When police say Howard Clarke, 48, of Farmington was operating a Dodge Ram traveling west on Highland toward the Salmon Falls Road intersection when at the same time John Brown, 42, of Milton was driving a Ford Explorer southbound, entered the intersection and collided with the Dodge.

Both vehicles then collided with a third car, a Toyota Camry driven by Geoffrey Leiper, 56, of Lebanon, Maine.

A passenger of the Ford Explorer, Corrine Brown, was transported to Frisbie Memorial Hospital for nonlife threatening injuries.

Highland Street was closed to one lane while the vehicles were removed from the roadway.

The Ford Explorer was towed from the scene.

The accident is still under investigation at this time. Anyone with information about this collision is asked to contact the Rochester Police Department at 603-330-7128.