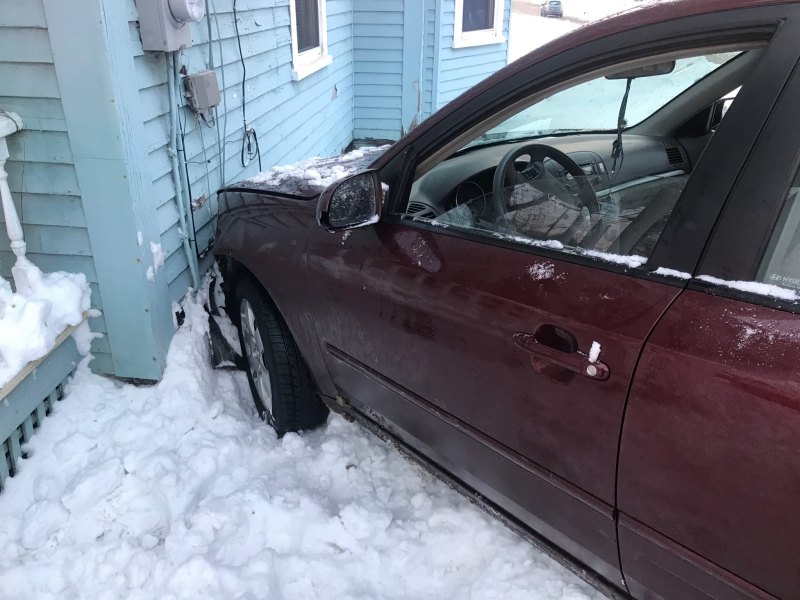 The Sonata, which struck the residence, had to be towed from the scene. (Rochester Police photo)

ROCHESTER - A two-car crash on Washington Street this morning wound up with one of the vehicles striking a home doing minor damage to the residence and both cars.

Both of the passengers were said to be OK, and no one inside the house was injured.

The collision occurred a little before 7:10 a.m. in the area of 32 Washington St. when police say Susan Bennett, 63, of Rochester, was operating a Hyundai Sonata traveling toward Rochester when Elizabeth Parks, 50, also of Rochester, was driving a Mini Cooper on Sylvain Street, and turning onto Washington.

When the two vehicles collided the Sonata struck the residence of 32 Washington St., doing apparent minor damage to the residence.

The Sonata was towed from the scene.

While emergency crews were on scene the inbound lane of Washington Street was closed.

The crash remains under investigation, police ask anyone with information to contact the Rochester Police Department at 603-330-7128.