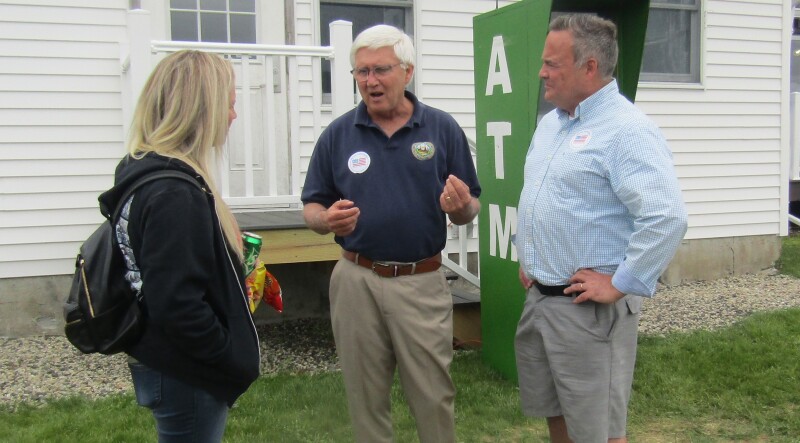 ROCHESTER - Among the special guests that were at Rochester's Wings and Wheels event on Saturday was New Hampshire Senate President Chuck Morse, who is looking to unseat Democrat U.S. Sen. Maggie Hassan in November.
Morse, R-Salem, said he's looking forward to a chance to debate Hassan if he gets by the Republican primary that is slated for Sept. 13.
Reacting to the state Supreme Court's decision to force its own redistricting plan, Morse was quick to point out that it is supposed to be a legislative function, not one done by the courts.
He said District 6 state rep and redistricting committee chair Jim Gray, R-Rochester, had done a superb job.
"Jim Gray did a great job as head of the redistricting effort," Morse said. "It should've stayed with the Legislature."
Pivoting to a potential run against Hassan, he said he'll concentrate on three of her biggest failures as part of the Democrat-controlled Legislature.
"I'll go after her on inflation, her failed energy policy and our open borders," said Morse, who last year helped to pass a balanced state budget that cut taxes for small businesses, provided more than $300 million in property tax relief and prohibits the use of discriminatory teaching in our schools.

Other Republicans looking to oppose Hassan in November include former Londonderry town manager and PDA board chair Kevin Smith; and highly decorated Brigadier General Donald Bolduc, who grew up in Laconia.