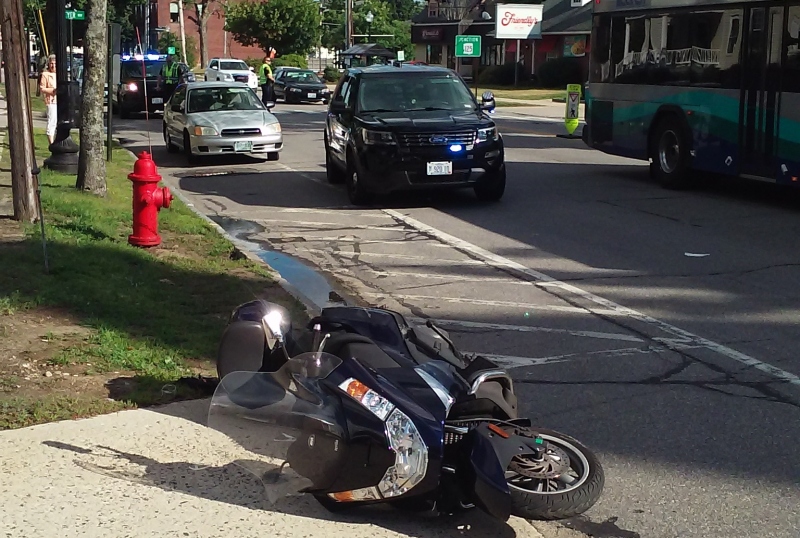 The scooter was forced into the curbing trying to avoid the collision, police say. (Rochester Police photo)

ROCHESTER - A Rochester man was injured on Monday when the motor scooter he was riding collided with an SUV near Friendly's.

Police say Riley, who was driving a 2002 Subaru Legacy, yielded to one car that had stopped at the crosswalk to allow a pedestrian to cross, but then entered the right lane of travel where Cmejla was located.

He attempted to avoid the collision by swerving to his right, but was struck by Riley's front right corner.

The collision forced Cmejla's vehicle into the granite curbing and he went down, striking his head. Luckily, he was wearing a helmet at the time, which most likely prevented more severe injuries, police said.

Cmejla was first taken to Frisbie Memorial Hospital and then on to Portsmouth Regional Hospital with what were described as nonlife threatening injuries.

Riley was summoned for a failure to yield violation.