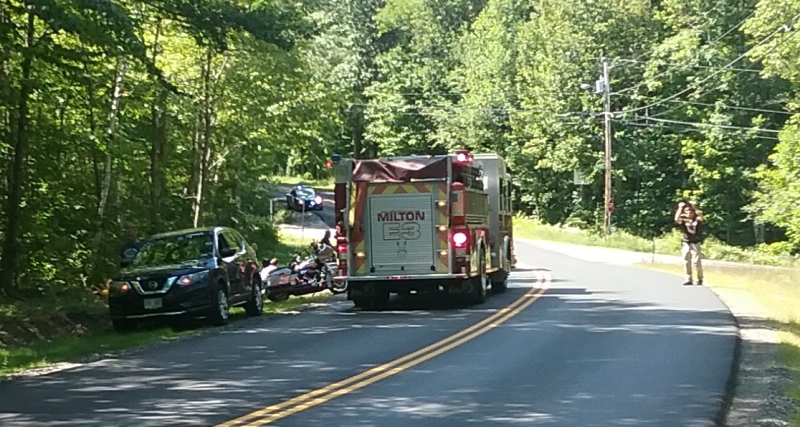 Police and fire work the scene of a motorcycle accident today in Milton. (Rochester Voice photo)

MILTON - Milton Police and Milton Fire and Rescue are currently on the scene of a serious accident at the corner of Route 175 and Governors Road.

The accident occurred a little before noon.

At least one motorcyclist was transported from the scene of the crash by ambulance.

The motorcyclist who was riding with the injured motorcyclist said he didn't know how bad the injuries were, and that the ambulance carrying them had just left.

Police were still on the scene around 1:15 p.m., so it is advised to use caution in the area.