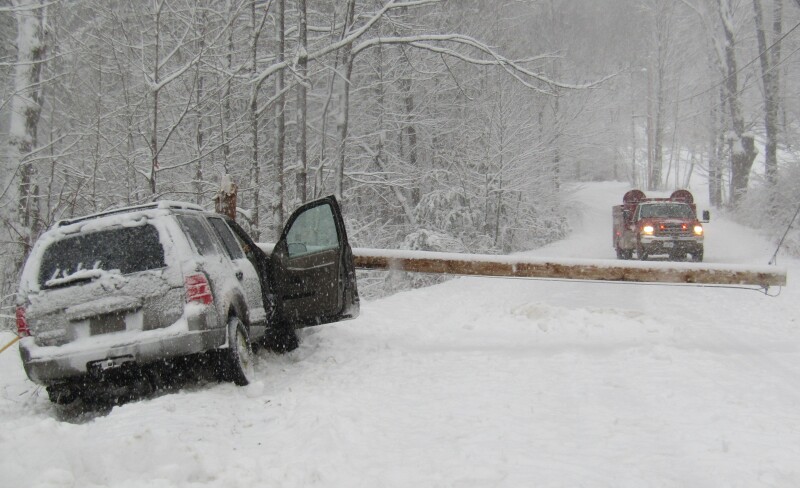 Three days after a daylong ice storm led to almost 30 accidents in Rochester and many more in surrounding towns the region got hit today with its first major snowstorm of the winter.

Many people were apparently staying off the roads due to the heavy snowfall, but not everyone.

In Lebanon, Maine, an SUV crashed into a utility pole in the area of 120 Prospect Hill Road around 11:20 a.m. Luckily everyone in the vehicle including at least one adult and three children escaped injury, The Rochester Voice has learned.

No power outages were reported as a result of the crash because the pole was only used in support of another lined pole, which did not fall.

The road's thru traffic was shut down completely for a couple of hours, reopening around 1:30 p.m.

Rochester Police responded to 29 crashes during Wednesday's ice storm, none with serious injury.

Milton and Farmington Police were not immediately available for this report.

The storm is still predicted to bring the area four to eight inches of fluffy, dry snow before winding down around 6 p.m. Saturday will be sunny and cold with a high in the mid-20s.