'My passion for helping the people of Rochester will never die' 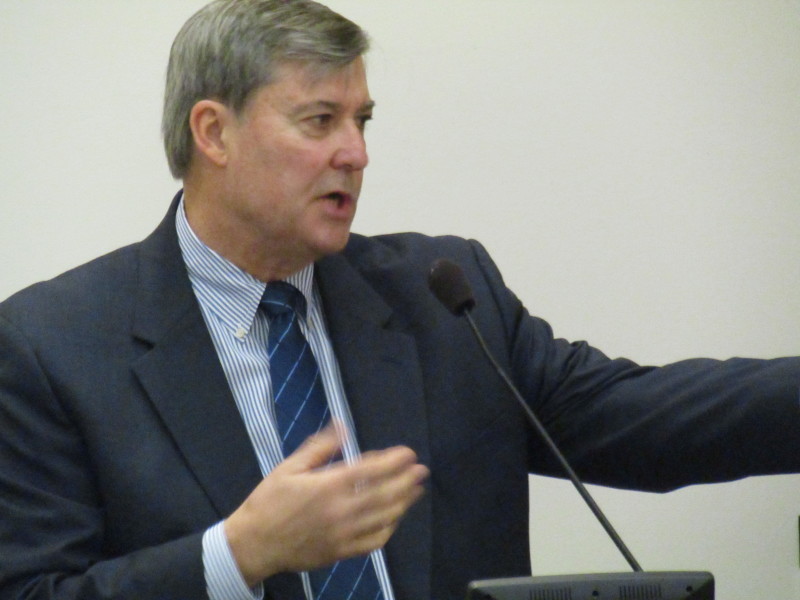 ELIOT, Maine - Frisbie Memorial Hospital's former president and CEO said today that while he wouldn't comment on the circumstances of his retirement on Monday, he has nothing but good things to say about the Rochester community and its people.

"My passion for helping the people of Rochester will never die," John Marzinzik said in an exclusive interview with The Rochester Voice.

Frisbie officials released a short statement on Monday saying that Marzinzik had retired effective immediately, but gave no reason for what appeared to be an abrupt move. The statement, itself, included no statement from Marzinzik explaining his move into retirement.

Today Marzinzik said he couldn't talk about the specifics of what happened Monday, but did say his love for Frisbie would never waver.

"It's been my love and passion for 25 years," he said. "The hospital has been very good to me."

During his three-year tenure as head of the hospital Marzinzik has been a passionate advocate for veterans, the mentally ill and those addicted to heroin, playing a vital role in opening the Rochester Community Recovery Center, Rochester Community Counseling and starting free yoga relaxation classes for veterans at 95 South Main St.

Marzinzik also was instrumental in implementing the policy of police carrying Narcan, an opioid overdose antidote, and making it more accessible to heroin users.

It was just last month that Marzinzik was excitedly touting a youth peer counseling program for teens struggling with addiction at the Rochester Community Recovery Center.

Marzinzik said today even though he's retired there's a lot on his plate as he is headed to Paris for a one-week vacation with his wife and then he'll be off to Virginia Beach, Va., where he'll be babysitting his grandchildren for several weeks.

As far as future plans, Marzinzik said he'd like to go into teaching and has already been in touch with several higher institutions of learning.

"One of my goals is to teach full time," said Marzinzik, who has some 35 years of administrative and financial experience with hospitals.