N.H., Maine carry some Election Day clout this time around 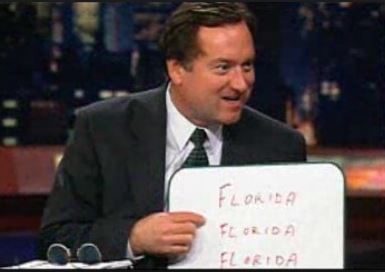 Tim Russert in 2000 with his 'Florida' whiteboard, which is now a display at the Smithsonian. (Courtesy photo)

Remember when the late, great host of Meet the Press and senior NBC political analyst Tim Russert walked away from his electronic map during Election Night in 2000 and scribbled on a whiteboard, "Florida, Florida, Florida." He basically did the same thing in 2004 with "Ohio, Ohio, Ohio."
Well, on Tuesday, it could well be, "New Hampshire, New Hampshire, New Hampshire."
That's right, the Granite State could be the fulcrum on which rests the election of a president and proves itself both the alpha and omega in this most singular and sensational election.
Remember, it was New Hampshire that gave Donald Trump his first bump with a resounding primary win in February after Ted Cruz took the Iowa caucus.

Maine could also play a huge role as its four electoral votes are split between District 1 and District II, with the northern part of the state expected to line up in the Donald Trump column, while the southern section aligns itself with Hillary Clinton.
No matter who your choice is, it's clear our two states tucked way up here in a corner of the country rarely given much coverage after the New Hampshire primary are major players this time around.
The candidates and their surrogates have been crisscrossing New Hampshire and Maine more than most elections, especially New Hampshire, where Trump, Clinton and President Obama will all be in the closing days.
In fact, Obama and Trump will both be here on Election Eve, just hours before voters in Dixville Notch go to the polls to cast the nation's first votes in this historic election.
I know we always urge, plead, beg and cajole readers to exercise their rights by voting on Election Day.
But this, folks, is something very, very special.
Lines all over the country and in the Northern Seacoast could be seen this week as citizens cast absentee ballots to avoid the crush on Tuesday.
Some prognosticators are predicting a 70 percent turnout, and if primary voting earlier this year was any indication, that figure will likely stand up or be eclipsed.
If ever you were going to dive in, folks, now's the time.
See you at the polls.