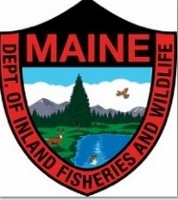 ROCKWOOD, Maine - A 56-year-old New Hampshire man died Sunday night after breaking through the ice on his snowmobile on a treacherous area of Moosehead Lake.

The tragedy occurred around 9 p.m. when Steven K. Allard, of South Hampton, and his wife, Tiffany, were snowmobiling together on two separate sleds and were returning to Rockwood Cottages.

When they got back to the shoreline where the trail meets the lake, Steven Allard left and looped around towards the mouth of the Moose River when he broke through the ice.

Maine Game Wardens, Rockwood Fire and Rescue, and U.S. Border Patrol all responded to the area. With the use of a rescue sled, Rockwood Fire was able to follow Steven Allard's snowmobile track onto the area of bad ice where he broke through. At approximately 10:15 p.m., Allard was pulled from the water where he broke through the ice several hundred yards from shore, but was unresponsive. Attempts to revive him were unsuccessful and he was transported to CA Dean Hospital in Greenville where he was pronounced dead.

"Snowmobilers need to be aware of their surroundings and understand that ice conditions can change quickly," said Sergeant Bill Chandler of the Maine Warden Service. "This section of the lake, where the Moose River flows into Moosehead Lake, always has poor ice, and that is why there are marked trails on the lake so that snowmobilers can avoid the bad ice in this area."