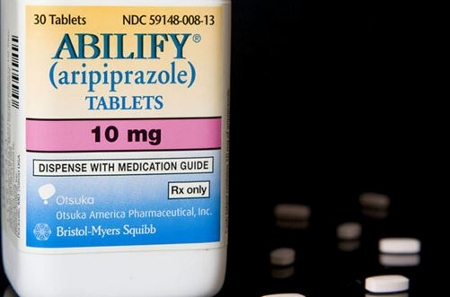 The original Abilify is now available in a generic. (Courtesy image)

CONCORD, N.H. - Attorney General Joseph A. Foster announced on Thursday that he, along with 42 other Attorneys General, reached a $19.5 million dollar settlement with Bristol-Myers Squibb Company ("BMS") related to the drug company's alleged improper marketing of Abilify, an atypical antipsychotic drug.

In a complaint filed today in court along with a settlement agreement, Attorney General Foster alleges that BMS engaged in unfair or deceptive trade practices when it marketed Abilify. - Abilify is the brand name for the prescription drug aripiprazole. The drug was originally approved by the U.S. Food and Drug Administration ("FDA") for the treatment of schizophrenia in 2002.

Since then, the FDA has approved various formulations of Abilify for several indications. The complaint, however, alleges that BMS promoted Abilify for use in elderly patients with symptoms consistent with dementia and Alzheimer's disease despite the lack of FDA approval for these uses and without first establishing the drug's safety and efficacy for those uses.

In 2006, Abilify received a "black box" warning stating that elderly patients with dementia-related psychosis who are treated with antipsychotic drugs have an increased risk of death. Additionally, the complaint alleges that BMS promoted Abilify for uses in children not approved by the FDA. Moreover, the complaint alleges that BMS minimized and misrepresented risks thereby making false and misleading representations about Abilify's risks.

The complaint further alleges that BMS also overstated the findings of scientific studies by not revealing limitations that would materially affect the interpretation of the study results. The active ingredient in Abilify, aripiprazole, is now available as a generic, but several product formulations are still protected by patent. BMS' marketing of any formulation containing the active ingredient aripiprazole will be restricted by the terms of the settlement. BMS will be prohibited from making false or misleading claims about Abilify, about its safety or efficacy in comparison with other drugs, and about the implications of clinical studies relating to the drug. BMS will also be subject to limitations on financial incentives to sales representatives and health care providers, dissemination of information that may promote off-label use of Abilify, and other practices affecting off-label promotion. New Hampshire's share of the settlement is $243,372.00.