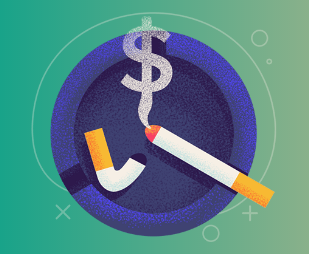 With the economic and societal costs of smoking totaling more than $300 billion per year, the personal-finance website WalletHub today released its report on The Real Cost of Smoking by State, as well as accompanying videos and expert commentary.

To encourage the estimated 34.2 million tobacco users in the U.S. to kick this dangerous habit, WalletHub calculated the potential monetary losses -- including the lifetime and annual costs of a cigarette pack per day, health care expenditures, income losses and other costs -- brought on by smoking and exposure to secondhand smoke.

To view the full report and your state or the District's rank, please visit:
https://wallethub.com/edu/the-financial-cost-of-smoking-by-state/9520