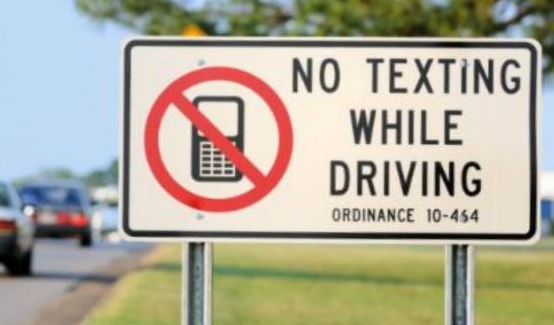 Crashes account for about 100 deaths nationwide every day (Courtesy photo)

WASHINGTON - Advocates for Highway and Auto Safety released their 17th edition of the annual Roadmap of State Highway Safety Laws report, with both New Hampshire and Vermont earing some of the poorest grades in the nation. The report found 395 proven countermeasures that could be saving lives that have not been enacted.

New Hampshire and Vermont were among a dozen states that have the fewest number of optimal laws. South Dakota at just two was deemed the least safe.

The Report, "A 2020 Vision for Safety," provides a "report card" on 16 traffic safety laws for each state and Washington, D.C. Opportunity exists in every state to enact laws that combat the widely acknowledged public health crisis of motor vehicle crashes.

At a press conference unveiling the report, the group's president, President Cathy Chase said, "With the start of a new decade, our clear vision is to eradicate the horrific death and injury toll occurring on our roadways. Every day, approximately 100 people are killed and nearly 7,500 more are injured in motor vehicle crashes. The emotional devastation inflicted on families from crashes also comes with a significant annual economic cost of $242 billion. This results in each person living in the U.S. essentially paying a "crash tax" of a $784 every year. The status quo is unacceptable. As state legislatures around the country convene, now is the time for attention, activism and action."

Advocates' President Cathy Chase also revealed the results of a new public opinion poll that found a high degree of concern about distracted driving and drug-impaired driving. When asked if states should pass laws prohibiting distracting activities such as watching movies or playing video games, the support for doing so was consistent and clear at 90 percent. Anti-distracted driving advocate Jennifer Weaver reflected on the public's sentiment saying, "At a time when multitasking and cell phone addiction have become the norm, no one thinks they will be the one to cause a distracted driving crash or even a fatality. No one gets into their car thinking, 'I am going to answer a call or read a text while driving and kill someone as a consequence.' However, I am here to tell you that it can happen to anyone and all it takes is a split-second decision to take your eyes off the road."

A special section of this year's Report, "2020 Vision: Issues in Focus," details areas where technological advances could be saving lives today. "We are at a transformational time in transportation innovation with the availability of safety technologies in vehicles to prevent or mitigate crashes," said Dr. Deanna Wathington, Executive Dean of Health Sciences at Bethune-Cookman University and Executive Board Vice Chair of the American Public Health Association (APHA). "Systems such as automatic emergency braking (AEB), blind spot detection (BSD) and lane departure warning (LDW) have all been proven to significantly reduce crashes; however, they are often only available through luxury add-on packages or in high-end vehicles which many consumers cannot afford. Additionally, there are no minimum performance standards for them, so each one performs differently which can be confusing and hazardous to motorists and everyone sharing the roads with them."

There are, however, many opportunities in this new decade for improvement: