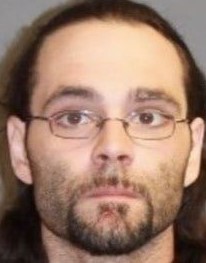 CONCORD - A Nashua man was sentenced to 25 years in federal prison for manufacturing child pornography, the U.S. Attorneys Office announced on Friday.

According to court documents and statements made in court, a child endangerment inquiry by the Nashua Police Department resulted in a criminal investigation by Homeland Security Investigations ("HSI"). During the investigation, HSI obtained a federal search warrant for a cell phone belonging to Chad Francisco, 32.

The phone revealed visual depictions of sexually explicit conduct involving two children under the age of 10. Francisco was found to have created the visual depictions using his cellular phone, and he admitted to transmitting the photos to others through text messages.

"Protecting the children of New Hampshire is one of the highest priorities of our law enforcement community," said U.S. Attorney Scptt W/ Murray. "This defendant's sexual exploitation of young children was reprehensible conduct that merited this very substantial prison sentence. We will continue to work closely with our law enforcement partners to identify, prosecute, and incarcerate those who prey on young children to create child pornography."