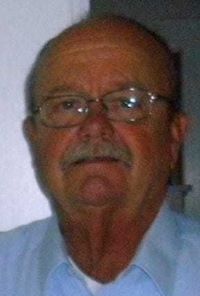 FARMINGTON - Nathaniel T. Bacon, Jr., aka "Nate", age 71, died at Frisbie Memorial Hospital in Rochester on Sunday, November 8, 2020, surrounded by family. He was born in Boston on January 14, 1949, the son of the late Nathaniel and Katheryn (Smith) Bacon.
Nate grew up in Dedham, Mass., where he attended high school. He later obtained his bachelor's degree in soil science from the University of Maine in Orono. Prior to his retirement he was employed by both Cameron Sod Farms and Gordon Construction out of Pittsfield, Maine.
Nate was an avid gardener and he loved the sun, wintering in Florida over the last several years with his wife Sandy. It was there that he developed some of the greatest friendships of his life. He deeply loved and was loved by his family and friends, and will forever be missed. A big piece of his heart belonged to his grandchildren, and they will surely remember him for the tricks he played, the numerous scavenger hunts he created, and for all the love he gave them.
He was predeceased by his parents, Nathaniel and Katheryn Bacon. He is survived by his wife of 32 years, Sandy; son Christopher Bacon and wife Amy of New Durham; daughter Jennifer Willey and wife Jennifer of Concord; daughter Melissa Bacon of Berwick, Maine; grandson Christopher Bacon and wife Brianna of Piermont, New York; grandson Andrew Bacon of New Durham; granddaughter Alexis Packer of Hampton; grandson Joseph Packer of Hampton; brother William Bacon and wife Lois of Needham, Mass., and many extended family.