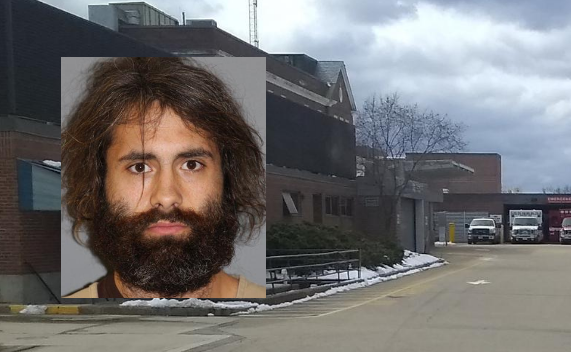 ROCHESTER - The New Durham man accused in the December death of a Frisbie Memorial Hospital security guard has been indicted on a manslaughter charge that carries a 15-30 year prison term.

Tyler Thurston, 29, is accused of punching Frisbie Memorial Hospital security guard Richard Semo, 64, in the face around 3:20 a.m. on Dec. 13.

Rochester Police say Semo. of Farmington, then fell hitting his head on the pavement in the hospital's emergency parking lot. He was unresponsive when police found him.

According to an affidavit obtained by The Rochester Voice, as four Rochester officers responded to the scene one noticed Thurston, whom they knew "from a prior law enforcement contact," sitting on a wooden fence." The officer noticed blood on Thurston's right hand.

Soon after the attack hospital staff performed a CT scan, which showed Semo had a brain bleed, the affidavit states.

According to the indictment, Thurston "recklessly caused the death of Richard Semo by punhcimg him in the face and/or head, causing him to fall to the ground and strike his head, resulting in blunt force trauma that caused his death."

The Strafford County grand jury indictments for February were handed down on Feb. 8 and released on Friday.

An indictment is not an indication of guilt, rather than enough evidence has been presented to move forward to trial.