Newest addition to Sheriff's department sworn in on Monday 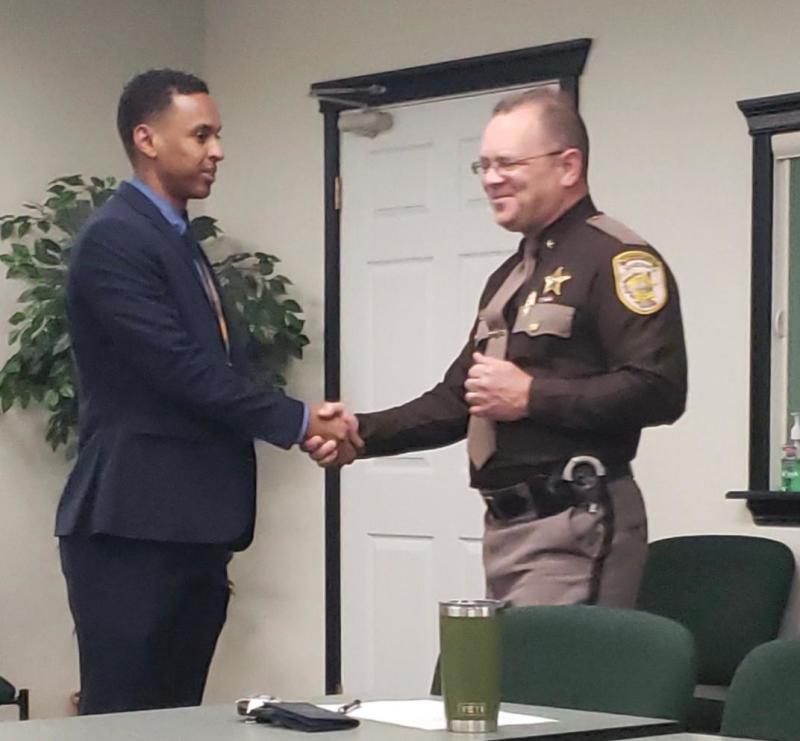 Strafford County Sheriff David Dubois congratulates Deputy Awess Abdulkadir after he was sworn in as deputy on Monday. (SCSO photo)

DOVER - Strafford County's newest deputy was sworn in on Monday.

Once his field training is complete, he will be assigned to our Transport Unit which transports inmates and detainees throughout the state and beyond.

Abdulkadir said he is excited to be working with the Sheriff's Office where his many skills will be utilized.

"We are excited to have him join our team of dedicated and hardworking deputies," a statement from the SCSO stated.