No one injured in blaze that levels home, but family dog missing 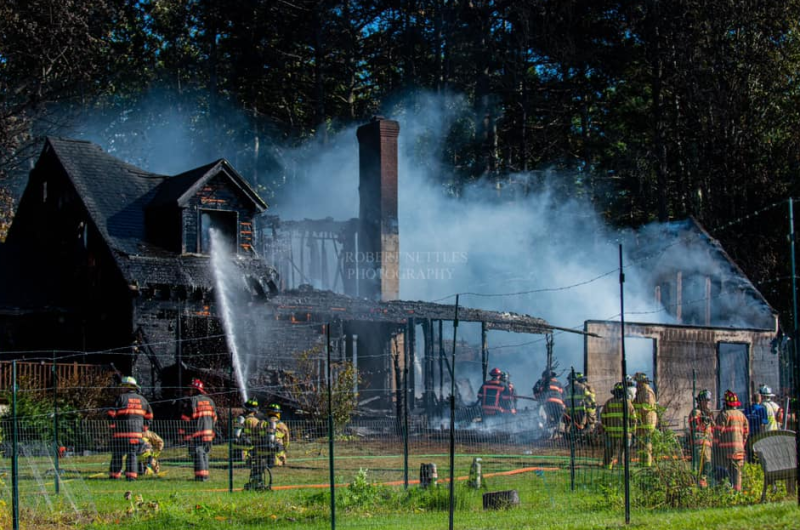 The blaze broke out around 2:30 p.m. and quickly went to four alarms.

The cause of the fire has not been determined, but it is thought to have started on the porch, fire officials said.

Crews worked late into the afternoon to keep an eye on hot spots.

There were no injuries to either firefighters or the family who lived there, however a dog remains missing, according to social media posts.

Some dozen fire departments from New Hampshire and Maine provided mutual aid during the blaze.