'Not only is he responsible for driving without a license, but he stole a life!'

Harrison Thorp 9 a.m. ONLY IN THE VOICE 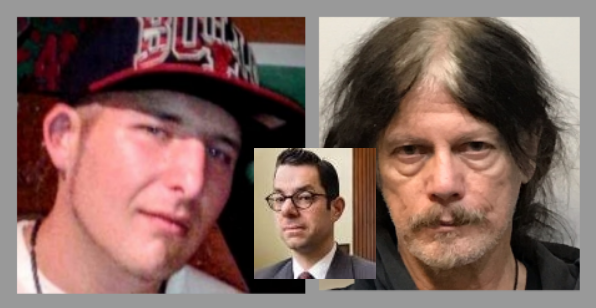 ROCHESTER - The Strafford County Attorney said on Wednesday a Rochester man showed "a lapse in judgment" when he fell asleep behind the wheel of a U-Haul truck that crashed into a tree on Chestnut Hill Road, killing 28-year-old Tyler Webber of Rochester, but a police affidavit notes it was more likely drugs.
The one-year sentence handed down in a plea deal on Thursday sparked immediate condemnation, anger and outrage on The Rochester Voice Facebook page.
The affidavit, written by Rochester Police Det. Joseph Rousseau, noted that while Albert Crement, 63, was being stitched up for a cut on his face, the only injury he suffered in the Aug. 22, 2020, crash, he kept falling asleep under the effects of ecstasy and amphetamines, which were both found in a blood sample taken the day of the crash.
"During (an officer's) interaction with Crement he appeared to have difficulty concentrating," Rousseau wrote.
A doctor reported to police that "Crement presented as having an altered mental status which he later clarified in the medical report as being intoxication," according to the affidavit, which also noted that Crement had pockets full of baggies of LSD, a hallucinogen, in his pants pockets.
Crement, of Olde Farm Lane, pleaded guilty on Thursday to negligent homicide in the death of Webber, who was riding in the cargo area of the U-Haul truck when it crashed on Chestnut Hill Road Road near Roger Allen Park.
When police arrived at the accident scene around 12:50 p,m, they found the U-Haul truck off the northbound lane with heavy damage into a tree.
Webber, who was found in the rear nonpassenger cargo area of the U-Haul, was pronounced dead at the scene from blunt force trauma.
Police did not speculate on why Webber was in the cargo area, where passengers are prohibited, but Velardi said on Wednesday there was no foul play involved.
At the time of his arrest on Dec. 9, 2020, Crement was also charged with driving after revocation/suspension, possession of controlled drugs and transporting drugs in a motor vehicle, all charges that he had been arrested on in the past as well.
Velardi said Webber's family was in agreement with the sentence, but followers of The Rochester Voice's Facebook page were appalled.

"A year is NOT enough," Jenika Senter posted. "Not only is he responsible for driving without a license, but he stole a life! I've completely lost trust in the justice system."
Denise Madore Wilcox added, "A year? What an insult to a young life."
"Tyler was a great person, he was so kind and caring," wrote Ashley Carol. "I feel this case was not taken seriously enough, it is so sad and disturbing that there is such minor repercussions for robbing someone of their life."
According to the sentencing sheet obtained by The Rochester Voice, Crement may become eligible for Home Confinement pursuant to HOC rules. He also has 14 days of pretrial credit.