Of 100s of felony shoplifting arrests each year, only handful from county get prison 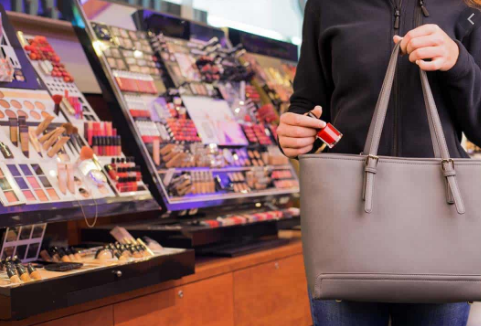 Rochester has seen a recent spike in both willful concealment and theft by unauthorized taking arrests, including 10 on a recent weekend and two by the same woman in three days last week. (Courtesy photo/Loss Prevention Magazine)

While shoplifting is considered a petty crime, state statutes call for a three and a half- to seven-year sentence when the offender has two prior convictions, however that is an extremely rare outcome, Strafford County Attorney Tom Velardi said on Monday.

Rochester has seen a recent spike in both willful concealment and theft by unauthorized taking arrests, including two by the same woman in three days last week.

Velardi said there are a myriad of reasons why folks shoplift.

"Some have substance abuse issues, some have mental health issues and some are just anti-social," he said. "They take things that don't belong to them whether they need them or not."

Velardi said of all the shoplifters arrested throughout Strafford County on a felony willful concealment or theft with two prior convictions charge, maybe a handful every year get sent to prison.

And there are a lot of shoplifting arrests. In Rochester alone police have made 256 shoplifting arrests just this year, according to Rochester Police Capt. Todd Pinkham, the department's public information officer. Of those 61 were felony arrests because the offender had two previous convictions.

Those numbers suggest that throughout the county there's likely several hundred felony arrests every year.

But while Velardi's prosecutors rarely seek a prison sentence for repeat offenders, "We use it as a tool to make for a fuller rehab component, not to send them to prison, but maximize the rehabilitative component.

"I mean if we sent all the repeat offenders to prison, there'd be no room," he added, "so we have to balance public safety with the resources that we have."

One of the reasons to tack on the felony level charges for getting three shoplifting arrests is to lengthen and strengthen the rehabilitative process. Another is to allow time for the shoplifter to pay compensation to the business victimized, Velardi noted.

He said a Circuit Court judge can only sentence up to a year and a typical first-time offender might get a year suspended for six months on good behavior.

He said an offender might be ordered to commit to a payment plan, but six months goes fast, and the courts were already overwhelmed by the sheer numbers of offenders before the pandemic. Now it's worse.

So with longer suspended sentences on a felony charge, the state has more time to order rehabilitative programs for mental health, addiction and other curative strategies.

"Remember what they do is a symptom, and outside the jail is where recovery takes place," Velardi said. "We want to make these offenders whole; yes we have failures but we also have successes."

Unfortunately, he said while the majority of shoplifters can be helped there are a few who continue to victimize merchants.

"After a certain amount of time we have to shift from caring to protecting the public, and that's where prison comes in."